“It might seem as though modern man should have evolved to be happy and harmonious. But nature cares about genes, not joy.”  — David C. Geary, author of “The Origin of Mind”

Mental illnesses hinder one in every four adults in America every year, according to the National Institute of Mental Health. And this doesn’t even count those of us with more moderate mood swings.

One in four is 25%, and that’s a big, awful number that should alarm all of us.

It’s all about Darwinian natural selection. Darwin realized that the organisms alive today exist because their ancestors had traits allowing them and their offspring to flourish, whereas less fit individuals perished with few or no offspring.

As the above quote by David C. Geary points out, our distant ancestors were desperate to survive. “Sex, and survival of one’s kids, is the whole point — as far as nature is concerned. Sometimes
unpleasant mental states lead to greater reproductive success,” notes Geary, “so these genes stay in the gene pool.”

Robin Nixon in Live Science, writes, “Natural selection wants us to be crazy — at least a little bit. While true debilitating insanity is not nature’s intention, many mental health issues may be byproducts of the over-functional human brain.”

One simple example of many is that people with aggressive and narcissistic personalities look out for number one. It may cost them some friendships in 2017, but may have kept them alive eons ago.

On the other hand, positive social skills like empathy, compassion and guilt help us blend into civilized society.

As far as we’re concerned, New Oakland isn’t just about helping people cope with mental illness. The equally important mission is to overcome the stigma that misidentifies the causes of mental 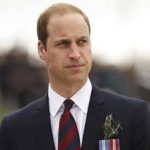 illness. That’s the reason why a passionate speech Britain’s Prince William recently made at a Guild of Health Writers event in London was so refreshing and beneficial to the cause.

William and his wife, Kate, have been highlighting their “Heads Together” campaign, which unites several charities under one umbrella. William is a former air ambulance pilot and was appalled by how many deaths were caused by suicide.

“The suicide rate among young men in this country is an appalling stain on our society. Suicide is the biggest killer of men under 40 in this country. Not cancer, not knife crime, not road deaths — suicide. If one of these other issues took so many young lives, there would be a national outcry. This silence is killing good people.”

There were 42,773 deaths by suicide in the United States in 2014, more than twice as many homicides and more deaths than from auto fatalities.

What can be done? On that topic, William makes a very important point. “On average it takes a sufferer 10 years to admit to a problem,” William adds. “This means that what often starts as a fairly minor issue becomes something serious and medical after time. Silence can kill; but talking can lead to help and support.”

If you have been harboring thoughts of despair or know someone who is, you must act. Please call New Oakland. You’ll be put in touch one of our compassionate suicide prevention professionals. Help and guidance are available. All it takes is the courage to make the call and seek help. We must all work together to eliminate the stigma. Mental health issues are facts of life, not issues of personal failure.