Blog posts with a category of Mental Illness.

Only the lonely truly understand 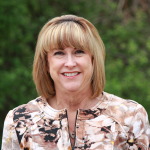 Decades back, the late and great Roy Orbison sang “Only the lonely” about the pain of love lost. Since then, we’ve come to understand loneliness as much more

than a temporary condition that vanishes when a new lover comes along. Loneliness in our world today is breaking more than just the hearts of jilted lovers, and as a culture we rarely talk about it!

Loneliness is a symptom of mental health issues, and for people 60 years and above, loneliness has become a disease in itself. It’s reported to be more dangerous than smoking.  But don’t mistake loneliness as a plague of the elderly. It is pervasive and damaging in every human demographic.

Loneliness causes people to feel empty, alone and unwanted. Lonely people often crave human contact, but their state of mind makes it more difficult to form connections with others. In many cases, the lonely are in the midst of many people but perceive loneliness.

A college freshman may be a good example. His peers are everywhere, but he feels inadequate, scared and alone. We also know this from the explosion of social media, where genuine, in person human interaction is replaced by the two dimensional sharing of files. No one has a thousand “friends.”

John Cacioppo is a University of Chicago psychologist and a foremost loneliness expert and author of, Loneliness: Human Nature and the Need for Social Connection. “Loneliness is strongly connected to genetics” he writes. “Other contributing factors include situational variables, like moving, divorce and death. It can also result from psychological disorders such as depression as well as from a lack of confidence, making one feel unworthy of the attention or regard of others.”

Loneliness is on the rise in the U.S. In a 1984 questionnaire, respondents most frequently reported having three close confidants. When the question was again asked in 2004, the most common response was zero! Experts believe that three close confidants is plenty to ward off loneliness and the negative health consequences associated with loneliness because the quality of social interactions easily trumps quantity. END_OF_DOCUMENT_TOKEN_TO_BE_REPLACED

Follow this link for a downloadable PDF:
The New Oakland Continuum of Care — Diversion Services

Meeting an Unmet Need for Integration of Services

Public and private mental health providers and service organizations struggle every day to make the most of a rapidly changing (and often diminishing) resource pool for mental health care. As a result, it has never been more important to balance clinical needs, available resources and the imperative of insuring the best outcomes. END_OF_DOCUMENT_TOKEN_TO_BE_REPLACED

“Kentwood is a place where you’ll find friendly faces, excellent services and safe neighborhoods. Walk up and down any of our tree-lined streets and you’ll see why life is

Life, for the most part, may indeed be idyllic in Kentwood, MI, but the peace, tranquility and image of a family oriented West Michigan town was shattered when, at 6 PM on August 4, 12 year-old

Jamarion Lawhorn repeatedly stabbed 9-year-old Michael Conner Verkerke in the back at the Pinebrook Village mobile home playground. Conner, as he was called, ran screaming to his home and collapsed bleeding on his porch as his mother desperately tried to keep him alive until EMS arrived. He died at a hospital that evening.

It would be nice if we had a handy answer for what drove Lawhorn to take a kitchen knife and then, unprovoked, approach and then murder a perfect stranger while he played with two other children. Perhaps we will come to know why, but for now we are dumbfounded.

After stabbing Connor in front of two of his friends, Lawhorn left the playground and approached Glen Stacy, who lived nearby , and asked to use his phone to call 911. According to Stacy, the child made statements about wanting his life to be over and told dispatchers,“I just stabbed somebody. Please pick me up.” When police arrived at the mobile home park, they first went to aid the stabbing victim, but Lawhorn, says Stacy, wanted the officers to first pick him up and yelled, “Hello. I’m right here. You’re going the wrong way.”

“The only time he raised his voice was when the police came,” Stacy added. “He then told police, ‘I want to die. I don’t want to be on this earth anymore.’ He says the boy also explained that he had ‘taken too many pills’ and ‘nobody loved him.’”

Lawhorn is being charged as an adult with open murder. Detectives will be looking extensively into his background, talking with his parents and others who know him to try to piece together what was going on in his life at the time of the attack. Had, for example, Lawhorn been bullied?

Did adults – especially his parents, but also his teachers – miss or overlook essential clues? There may be many factors, and we all await the investigative results, but as parents and concerned adults we need to observe our kids more intensely than ever. END_OF_DOCUMENT_TOKEN_TO_BE_REPLACED