Blog posts with a category of Depression.

“I feel fulfilled. It was what I wanted.” – Swimmer Michael Phelps after the 2016 Rio Olympics

Michael Phelps, the most decorated Olympian of all time; a man of wealth and esteem who is admired world-wide, has reached a state fulfillment, as the above quote attests. But the back story tells a far different tale. Phelps has struggled with mental disorders and conditions his entire life. Thanks to his strength, resources and wonderful family led by his mother, Debbie, a single mom, he seems to finally be in the clear.

What it says for the rest of us, is that living a human life is rarely easy, even for those who are fabulously successful and can afford the best professional help.

As a 9-year-old struggling to pay attention in class, Phelps was diagnosed with attention deficit hyperactivity disorder (ADHD), a condition that affects an estimated four million children and

adolescents in the United States. He simply couldn’t sit still or pay attention.

In a recent blog I explained that I’m ADD, but didn’t have the “hyper” component and it didn’t greatly affect my school performance like it did Phelps’ and millions of others. Like Phelps, who took up swimming at 9, I’ve always had laser like focus – but only for things I’m interested in, which is a characteristic of people with ADD.

With the help of  medication and behavior therapy — and the support of his mother, Phelps channeled his energies into swimming, and by age 15 became the youngest male record holder in modern sports.  Debbie and his two sisters had become a team, paying attention to his eating habits by restricting things like sugar. They also instituted restrictions on some of his activities to teach him time management, and he began making choices that helped him use his time more wisely.

Fast forward 12 years to the 2012 London Olympics where, at 27, Phelps ran his medal count to 18. He was the undisputed greatest swimmer of all time, but in his private world, wrestled with inner demons that sapped his sense of self.

“I went in with no self-confidence, no self-love,” Phelps said in an interview on NBC’s “Dateline” following the London games. “I think the biggest thing was, I thought of myself as just a swimmer, and nobody else.” He also admitted that he had been struggling with mental health issues and substance abuse and that nobody except his closest friends and family knew about it.

“100%, I was lost, pushing a lot people out of my life — people that I wanted and needed in my life. I was running and escaping from whatever it was I was running from.” It took a life-changing run-in with the law in 2014 for Phelps to realize he needed help. He was arrested for driving under the influence for a second time and it provided a major call for self-analysis.

“I was in the lowest place I’ve ever been,” he told Dateline. “Honestly, I sort of, at one point, I just — I felt like I didn’t want to see another day. I felt like it should be over.”

In other words, a man who had achieved world fame as the greatest in history at his chosen pursuit was ready to commit suicide. It’s called depression, a condition Phelps shares with some 15 million, or 7% of his fellow Americans.

Phelps went into rehab in October 2014, where he says he cried himself to sleep the first several nights. In treatment he addressed many of the underlying issues affecting his health, including a turbulent relationship with his father dating back to childhood.

Before his recent Rio Olympic heroics, Phelps said, “I’m having fun again. This is something I haven’t had in a really long time.” His fiancée, Nicole, just gave birth to their son a few months ago. And becoming a dad has been the “best feeling” he’s ever felt in his life.

So, why was New Oakland created 25 years ago by Dr. Ismail Sendi? Because he realized that a staggering 1 in 4 Americans suffers from any number of mental disorders and illnesses such as those that plagued Michael Phelps. And Dr. Sendi also felt deeply that every child and adult deserves a loving family and competent professionals to guide them out of the woods to experience love, success and self-respect.

When celebrities speak out about their mental health struggles, it’s worth noting because their courage can be contagious. It’s why I wrote about golf and TV personality David Feherty recently for his wonderful interview on HBO’s Real Sports about his colossal struggle with depression.

It’s also why I feel that Phelps is equally worthy of universal admiration for openly discussing his struggles as he is his for Olympic medal haul. His courage allows him to symbolically say, “Out of the pool, I’m just like you. I admitted I needed help. You can too. And hopefully you’ll find the great personal and professional I support I had.”

Speaking up for “The Silent Minority”

Imagine a teacher standing in front of her class and asking the question, “Students, what’s the largest minority in America? Is it African-Americans? Is it Latinos? Is it the so-called LGBT population or something else altogether?”

When the students all guess incorrectly she replies, “The right answer is: People with mental health issues. They are in every family, including yours, suffering from diagnosable mental health conditions like depression or anxiety.  That adds up to over 40 million people or roughly 1 in every 5 adults.”

The teacher then tells them that this figure doesn’t even include children like themselves, who, among other things, also experience A.D.H.D, eating disorders and learning disabilities.

In 2013, Michele Obama and Jill Biden got together with leaders in business, medicine, education and the faith community and launched the Campaign to Change Direction. The goal was to raise awareness, give people tools to help those in need and change the conversation about mental health in this country.

Obama and Biden were initially drawn to the deplorable condition of the thousands of our soldiers who were coming home with Post Traumatic Stress Disorder and committing suicide, and the alarm we all felt on the heels of the Newtown, Conn. tragedy.

The Campaign to Change Direction released a list of Five Signs to help people recognize when someone needs help:

Of late, as we’ve witnessed these many political debates, we’ve heard a lot about taxes, jobs, the economy, immigrants and terrorism. On the Republican side, we’ve also heard about continuing the attack on repealing the Affordable Care Act or “Obamacare.” But we hear nothing about how to deal with an ongoing epidemic of mental illness and the tens of millions among us who suffer in silence.

The Affordable Care Act expanded mental health and substance use disorder benefits and required the new plans to cover depression screenings for adults and behavioral assessments for kids. In fairness, George W. Bush also demanded that insurance companies give mental illness equal protection, but the private health care system offered too many ways for insurance companies to avoid doing it to any significant degree.

Mrs. Obama wrote that by bringing together this diverse group of leaders they planned to spark a movement that:

“Sadly, too often, the stigma around mental health prevents people who need help from seeking it. But that simply doesn’t make any sense … We would never tell someone with a broken leg that

they should stop wallowing and get it together. We don’t consider taking medication for an ear infection something to be ashamed of. We shouldn’t treat mental health conditions any differently. Instead, we should make it clear that getting help isn’t a sign of weakness – it’s a sign of strength – and we should ensure that people can get the treatment they need.” 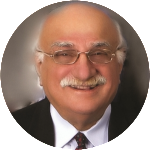 New Oakland was created 25 years ago by our founder, Ismail Sendi, for the very same reasons Michele Obama stresses. Diagnosing and treating mental illness had been all but abandoned by many states and our emergency rooms and jails were becoming jammed with the seriously mentally ill.

Though far from perfect, Obamacare has attempted to address this. If the next president is a Republican dedicated to repealing it, then we must insist that, unlike the previous system, care and treatment for mental health is firmly addressed in whatever system replaces it.

Mrs. Biden and Obama ask all of us pledge to learn the Five Signs of emotional suffering listed above. Her words echo those of Dr. Sendi: “We need to have the courage to reach out and have tough conversations with our friends and family members — and get help ourselves when we need it. And we need to recognize that our mental health is just as important as our physical health, and start treating it that way.”

Through my work at New Oakland, I’ve felt empowered to help spread the word about recognizing the signs of mental illness and fighting the stigma and stereotypes that force so many people to suffer in silence. One way to truly “Make America Great Again” is for all of us to take the simple pledge and demand that our leaders not ignore the serious issue of mental health in America.